(Coach Joe Sutton pictured on the back row, far left, with the Pitt Bulls.)

Joe Sutton, a Surgical Tech at the Optim Surgery Center, coached the Pitt Bulls,  a 10-and-under boys’ basketball team in both the Chatham County and City of Savannah leagues. The Pit Bulls ended the season as the County and District Champions for Savannah and won their first two games at the State Finals.

As a former football and basketball player at Jenkins High in Savannah, Joe was a great role model for the team, which included his son, Joe III. It was a growing experience for the players and a rewarding end to a first year of coaching for Joe, who says he’ll definitely be back next year.

Optim is proud to support the communities we serve not only by providing the highest quality of care, but also volunteering in those communities. 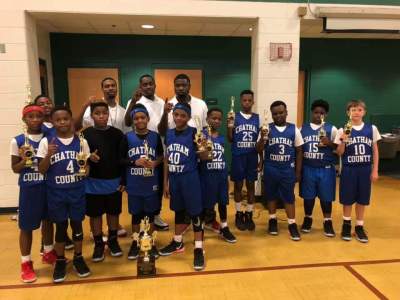 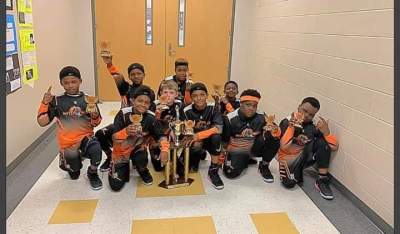