By Bernadette O’Donnell for Tormenta FC

From taking part in Georgia Southern’s first three National Championships to working for the 1996 Nicaraguan Olympic team, Tormenta FC athletic trainer Bill Hall’s next step is to help the club bring home a USL League One championship this season.

Hall grew up in Atlanta, Georgia and studied Health and Physical education at Georgia Southern College, where he met Tormenta FC Owner Darin Van Tassell. “I’ve known Darin for almost 35 years,” Hall said. “Darin was a GSU baseball player, and I was a student athletic trainer for the baseball team.”

Hall also had the opportunity to be a trainer during Nicaragua’s first Olympic appearance which was in the 1996 Atlanta Olympics. That year, Nicaragua made it to the semi-finals but lost to Cuba. “Darin was the head coach for Nicaragua, and I volunteered for the Olympics that year as an athletic trainer,” Hall said. “I worked in the dugout with Darin and the Nicaraguan team that year, and it was a really cool experience.”

Hall is an employee of Optim Healthcare and his involvement with the club is part of Tormenta’s longstanding partnership with both Optim Healthcare and Optim Orthopedics. He’s been with Tormenta FC since 2017 and now makes the jump to training at the professional level, looking to add another championship under his belt. 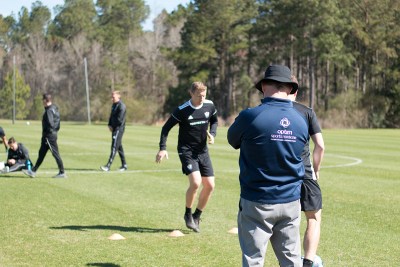 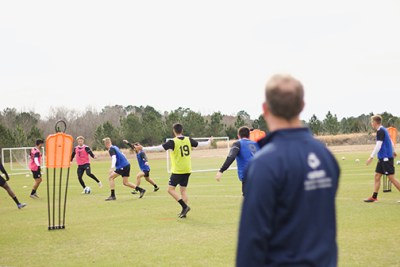