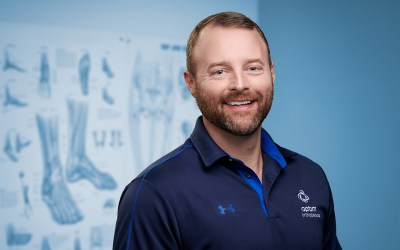 Recurring knee pain could mean a number of things and it’s David M. Sedory, MD’s job to determine what is causing it and how to remedy it. The surgeon with Optim Orthopedics is an expert who is board certified and fellowship trained in determining the source of pain and providing the best treatment options.

The area he often explores with patients in these scenarios is the state of cartilage in the knee. Often times, deterioration or damage can require more intervention such as cartilage reconstruction surgery. This procedure is often offered to younger patients who have had some previous issues but do not qualify for a full knee replacement.

“Ideal candidates for cartilage reconstruction surgery are between the ages of 18 and 50,” Dr. Sedory said. “For those over 50, most of the time they will have an arthritic knee and will need a partial or total knee replacement.”

For younger patients, the procedure provides a better solution without more involved methods. While these patients do not need the full knee replacement procedure, it is critical to repair the cartilage. Often damage such as a meniscus tear can lead to a full replacement later on if not properly addressed.

But Sedory says the approach taken depends on the patient. “There’s a wide variety of procedures to repair the cartilage in the knee,” he said. “If it’s a small defect, it can be drilled and filled with cartilage paste. For larger defects, we can transplant cartilage to the area.” The materials can be taken from a donor or graphed using one’s own cartilage.

In some cases, the issue is the meniscus, a C-shaped cushion of cartilage in the knee joint. When the meniscus is damaged beyond repair, Sedory commented a meniscus transplant is often the best option, especially for younger patients. “The meniscus plays a critical role because it is the shock absorber of the knee, helping to cushion and stabilize the joint,” he explained. Each knee has two menisci, one on each side of the joint.

Dr. Sedory says that it’s always better to address pain issues sooner rather than later. “If there is pain, that’s usually a harbinger of bad things to come,” he noted. “For patients under 50, it might mean the cartilage is damaged but not to the point of a knee replacement.” For those patients Sedory believes would benefit from the procedure, a full exam with MRI imaging is conducted.

The next step is a customized plan to best fit the patient. Some require more invasive treatments, which naturally means longer recovery times. Other patients recover much sooner. Sedory says it all depends on the patient.

“Most patients with the less invasive arthroscopic drilling or a small graph will be on crutches for four to six weeks followed by four to six weeks of physical therapy,” he explained. “After a meniscus transplant or cartilage transplant, patients will be on crutches for about six weeks followed by physical therapy for approximately three months. They’ll be fully healed in about six to 12 months.”

Dr. Sedory has honed his skills over a career committed to excellence — both in surgery and in the U.S. Army. He attended Case Western Reserve University School of Medicine in Cleveland, Ohio. He completed his orthopedic internship and residency at Brooke Army Medical Center in San Antonio, Texas, caring for many of the injured soldiers and amputees coming home from Iraq and Afghanistan.

In 2010 Sedory was stationed at Fort Stewart where he was Chief of Surgery at Winn Army Hospital and was deployed to Afghanistan in 2011. He finished out his military career at Hunter Airfield as team surgeon for the Army Rangers while simultaneously working with Optim Orthopedics.

Today, he treats knee, hip, and shoulder conditions with the Optim team and says he is fortunate to be part of such a highly skilled group of surgeons. “We have a really talented group,” he said. “I think it’s great that we’re able to bounce questions and ideas off each other so we always offer the latest techniques and best options to our patients.”

Like the other dedicated Optim surgeons, Sedory is happy to travel to various locations and communities, affording patients easier access to care. He sees patients in Brunswick, Hinesville, Richmond Hill, Baxley, Reidsville, and Savannah.

From an article in The Brunswick News by Lindsey Adkison.